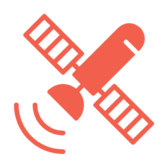 Welcome to the 54th issue of Ruby Radar! There are great resources to dig into in this issue if you'v